A Flood is Coming

This past weekend I attended the Pursuit Conference in Mechanicsburg, PA. Will Hart had gathered a dynamic team of prophetic ministers with the aim of bringing focus (that was actually the subtitle of the conference) to 2016 for all in attendance.

Larry Randolph released a really timely word Saturday afternoon. The funny thing is, the word is almost 20 years old. In 1986 Jesus stood at the foot of his bed and told him in clear language that a flood of the spirit was coming to the earth. Revival. Renaissance. He told Larry that his spirit would cover the earth like the waters cover the sea. It’s time to get ready.

Like I said, this word is not “new” per se. For most of my adult life, I’ve been in ministry where I’ve routinely heard prophesies about “the big one,” the sweeping revival that God wants to release in the nations, and we’ve not yet seen anything close to it. In the course of those 15 or so years, I’ve seen many people press in for this breakthrough with prayer and fasting, only to become disillusioned when the revival doesn’t come. Some of them even go on record with blogs and articles to publicly renounce their former zeal, and announce that they are no longer going to embrace a less “emotional” version of Christianity.

We all are in danger of making the same mistake unless we understand how God moves. The reality is, God speaks through his prophets decades before the promise comes to pass. This is a consistent pattern in scripture. That means you can hear the prophetic word as a young man or woman in your 20’s, and possibly not see the fulfillment until your 60’s. A lot of life happens in those 40 years, and without a persistent pressing in to the things God has spoken, we run the risk of losing heart and opting out.

But if we understand the purpose of the delay, we can further partner with the Spirit to bring about the response God is looking for: he wants a multi-generational whole-hearted yes from his people

What is a Multi-Generational Whole-Hearted Response?

The prophet Joel proclaims a massive move of God in his generation, an activity that threatens to disrupt life as the people of God know it. God is about to do something unprecedented, but the people are wholly unaware, marrying, buying, selling, and going about business as usual.

God’s solution is to give his people enough advanced notice that they will be able to pass the word along to many generations. Joel says,

In other words, the first hearers are supposed to respond to the prophetic message themselves, but create a culture of expectation by training their children in it, that they would train their children. Joel here envisions four generations who have heard the promise and are responding to it with faith.

Because whole-hearted faith is the correct response. And faith is never casual. It is more than just a casual assent to what God says. Faith embraces the promise and then causes us to organize our lives differently. We dream different dreams, and we live with different values than we would if we lived in a day where God was not promising to bring global revival. We make deliberate choices with our time, money, relationships, and calling to posture ourselves to fully partner with what God wants to do.

All that to say, there is no guarantee that global revival will hit this year. But that doesn’t matter: we want to press in with fresh zeal because a life spent living whole-hearted for God and his Kingdom is worth it whether or not we see the breakthrough with our eyes or not. The breakthrough is a sure bet, even though it might be our children’s children who actually get to walk in it.

But I will say this: it is not as if nothing has happened since these words were first spoken. When Jesus stood at the end of Larry’s bed and promised the flood, he said it would begin in seven years with a light rain. In January 1994, a series of meetings in Toronto with Randy Clark and John Arnott turned into what we now call “The Toronto Blessing.” In God’s terms, this outpouring is a light rain. It touched many generations and has since influenced other significant movements in the body of Christ worldwide.  The light rain has fallen. Most assuredly, the flood is coming.

We will be holding nightly prayer meetings at Life Church during the fast from 6pm-8pm. Feel free to join us! 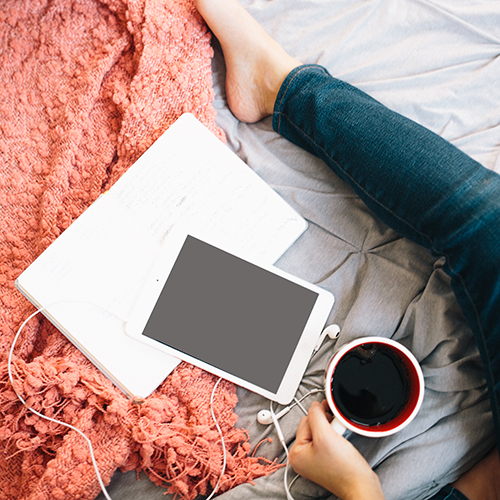